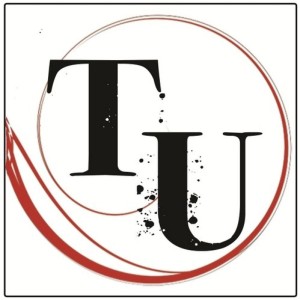 Theatre Unleashed is proud to announce auditions for our 2019 spring production, Ada and the Engine by Lauren Gunderson, directed by Heidi Powers!

…that the concept of computer programming was first conceived by a woman, Ada Lovelace?

…that Ada was the abandoned daughter of the poet, Lord Byron?

…that, while driven by her mother to pursue mathematics, Ada secretly wrote poetry?

…that Ada and her scientific partner, Charles Babbage, had a complex relationship?

…that Ada dreamed of a world where computers would create music?

Help the Theatre Unleashed team make Ada’s dream a reality with the Los Angeles premiere of acclaimed playwright Lauren Gunderson’s exquisite Ada and the Engine. Directed by Heidi Powers (Bronies! The Musical) and choreographed by Roger Fojas (Lucent Dossier), this not-exactly-a-musical play will include dance representations of the Babbage Engine, as well as other movement pieces that visualize the technology and dance of the era. We aim to bring life to these complex characters by telling their deeply moving true story in surprising ways.

Actors interested in auditioning should submit a headshot, resume in PDF format, and links to any relevant reel material via e-mail to Company Manager Erin Moore. Auditions are by invitation only. If you are invited to audition, please bring a headshot/resume to the audition and come dressed to move. The audition will consist of a 1-2 minute dramatic monologue and a 16-bar vocal/general dance call.

Actors are strongly encouraged to read the play beforehand and be familiar enough to discuss the text with the production team in the audition.

Callbacks shall consist of cold reading sides and a second dance call.

Performances will be at studio/stage Thursday-Sunday nights March 21st-31st, 2019 with a Saturday matinee each weekend.

About Ada and the Engine

As the British Industrial Revolution dawns, young Ada Byron Lovelace (daughter of the flamboyant and notorious Lord Byron) sees the boundless creative potential in the “analytic engines” of her friend and soul-mate, Charles Babbage, inventor of the first mechanical computer. Ada envisions a whole new world where art and information converge – a world she might not live to see. A music-laced story of love, friendship, and the edgiest dreams of the future. Jane Austen meets Steve Jobs in this poignant pre-tech romance heralding the computer age.

ADA BYRON LOVELACE. Character age during the play ranges 18-36. A mathematician; a poet at heart. Curious, wry, self-aware. Above all, bright, in every sense. Singing role, any range welcome. Must move well.

LADY ANABELLA BYRON. Character age during the play ranges 35-55. Ada’s fierce tiger of a mother. Handles her out-of-control life by exerting control on her daughter. Hates poets; once loved a poet. Also in movement ensemble.

LORD LOVELACE. Character age in the play ranges 25-45. Ada’s proud and proper husband. A literal man, if not a particularly literate one. Content with a monochromatic life, he cannot even begin to perceive all the colors that Ada can see. Also in movement ensemble.

BYRON. Character age during the play is 36. The spirit of Ada’s late father, the famous (and infamous) poet. Charming and passionate; quick-witted and brash… and regretful. Singing role, any range welcome. Also in movement ensemble.