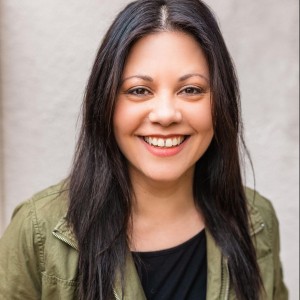 TU member Ann Hurd loves a good true crime drama. So she was super excited when she booked a gig on People Magazine Investigates. In this episode she plays the mother, Jenny, in this true crime retelling of the Children of Thunder cult. The backstory of these brothers can best to told by the reporters and investigation experts on the show. So be sure to tune in Monday, January 28th on Investigation Discovery at 10pm or you can catch it on Amazon Prime.

Ann Hurd is a NY-native who is an artist of many talents. She acts. She produces. She directs. And she’s currently Theatre Unleashed’s Resident Scenic Artist and has been a member since 2013. On stage, you may have seen Ann on TU’s mainstage as Judy in the 2015 production of It’s A Wonderful Life or as Valerie in Cannibals, Alone or in TU’s Late Night Series Playtime as Lena Hudson when she played a wizard bounty hunter in Wizard Bounty Hunter.  She has also written and performed her own solo performance, Remember My Name, which she is currently in the process of expanding into a one-act play. In front of the camera, Ann’s work includes a selection of Buzzfeed videos, several shorts with Hold For Plane Pictures, as well as television spots.

Investigation Discovery and People magazine partner to re-examine some of the most high profile crime cases in recent history. The one-hour series brings viewers tales of betrayal, buried secrets and unsung heroes, ripped from the pages of one of the nation’s top weekly magazines. These stories transcended news and became part of pop culture, revealing shocking twists, new evidence, and unexpected resolutions. Interlaced within every episode are exclusive interviews with People’s journalists, archival footage, re-creations, and firsthand accounts by those closest to the investigations.