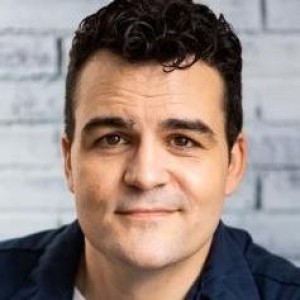 Superior (working title, formerly known as The Anniversary Issue) is an ambitious and thrilling new action/drama stage play by Gregory Crafts. Join us this Sunday, February 10th for an intimate workshop reading of the latest draft! Stick around afterward to discuss the story and share your feedback! Snacks and drinks provided.

2018 Workshop Reading of the First Draft! Spoilers within.

First developed as a ten-minute play for Theatre Unleashed’s Play/Time in 2014, the script was re-mounted in August 2016 at Short+Sweet Hollywood, then expanded into a full-length play as a part of Serial Killers at Sacred Fools Theater later that year. A reading of the first full draft was organized in January 2018.

SYNOPSIS: It’s Kevin and Stephanie Connolly’s fifth wedding anniversary, and Kevin has a night of celebration planned for them. Of course, this means he won’t be going out on his regular patrol of Metro City as his alter-ego, M-Pulse, the self-appointed Eminence of Electromagnetism. But things should be fine without him for one night, right? Wrong. One would think that there could be no secrets left between a husband and wife after five years of matrimonial bliss, but when a powerful super villain’s attack interrupts Kevin and Stephanie’s date, a hero’s unmasking bears significant consequences for the Connollys. Consequences that will resonate and redefine their relationship forever.

Gregory Crafts has been writing original plays for over ten years. Three of his plays have landed with major publishing houses (Friends Like These, Super Sidekick: The Musical, Yellow Means Caution), and a fourth, Three Can Keep a Secret, is currently being shopped around. Through TU’s 24-hour shows and playwright-driven productions like Play/Time and Passages, he has written over thirty original ten-minute plays, one of which premiers later this month with Force of Nature Productions. He has a number of new scripts currently in development, including a pair of musicals with writing partner Michael Gordon Shapiro, and a slapstick comedy about the worst Christmas Carol ever produced with fellow scribes Jim Blanchette and Jacob Smith. For more information about Greg or his plays, he recommends checking out his official website.

A multi-hyphenate creative artist, Greg resides in the Arts District of North Hollywood, California with his beloved wife, Jenn, and their three cats. He is a founding member of Theatre Unleashed and is proud to serve as its Managing Director. He is also a card-carrying member of SAG-AFTRA, Actors’ Equity and the Dramatists Guild of America, a founding Board Member of the Theatrical Producers League of Los Angeles, an Ovation Voter, a member of the Alliance of Los Angeles Playwrights, and a Board Member of the Hollywood Fringe Festival.