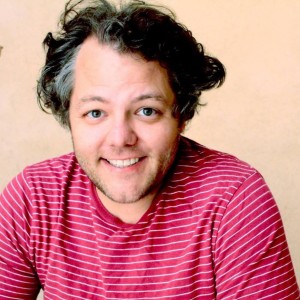 Audiences weren’t content to let the four-week run of Matt Ritchey’s hilarious love letter to drama kids, musical theatre nerds and Shakespearean scholars alike end on schedule.  Instead Force of Nature Productions rallied the gonzo cast back together for just one more show.  Sunday December 1st at 7pm, for those who missed the run, or folks who didn’t, but feel compelled to come back to Hell, all have that opportunity.

See the show that prompted Steve Biodrowski of Hollywood Gothique to opine “Although the plot of Romeo and Juliet in Hell sounds like a premise for a wacky five-minute Monty Python sketch, it actually sustains a full-length play thanks to consistently funny dialogue and the unflagging energy of the performers.”  And to add “Bottom line: Probably the most fun you will ever have in Hell.”

And Mark Hein, Theatre Ghost, to write “A swift, silly romp that has laughs – and groans – aplenty, as the star-crossed lovers must watch their life story. Played as a musical (directed by the Devil himself, Bob Fosse). And starring the other folks who died in Shakespeare’s plays. A delightful pastiche by author/director Matt Ritchey, served up by the Force of Nature troupe.”

And Ernest Kearney, The TVolution, to sum up the show as follows “Sinful silliness, a helluva lot of Shakespearian in-jokes, a bunch of theatrical wisecracking and a great deal of fun all in the vein of Christopher Durang’s 1981 snicker-fest The Actor’s Nightmare.”

From the website: Romeo and Juliet, dead, wake up to find themselves stuck in their Personal Hell – forced to listen to WEST SIDE STORY music for eternity. To escape, they must suffer through a production of their life story performed by the other inhabitants of Hell – Shakespeare’s dead characters – who butcher the story in hysterical ways!

ROMEO AND JULIET IN HELL is full of theatre-goer inside jokes, Broadway show tunes, and madcap madness!  Recommended for ages 15 and up.

Written and Directed by Matt Ritchey

Hailing from the heartland of rural Pennsylvania and descended from solid farmer stock, of course Graydon blew into the City of Angels with his eyes full of the footlights. And, after a few missteps, put his dreams and his love of the stage on hold. But shortly after discovering Theatre Unleashed, that passion would re-consume him, and the rest was history.